Video rental stores. Now a relic of the past. Netflix kicked its ass to oblivion. But I’ll never forget when video stores were commonplace. Growing up, probably 90% of all the movies I’ve ever seen came from video rentals.

That’s history. One by one, I’ve seen all my childhood video stores close down. The last to go was the TLA on 15th and Locust Street, Philadelphia. It just closed for good this past weekend. In college, I was there all the time. Some of my rentals were for my class studies, but most of them were for my own curiosities. This was where I first rented movies like Re-Animator, Brain Dead, Basket Case, Monkey Shines, Laserblast, many of the films I’ve reviewed as part of Cinemassacre’s Monster Madness! I didn’t even realize it would be research to come in handy later. I have much of it to owe to the TLA. 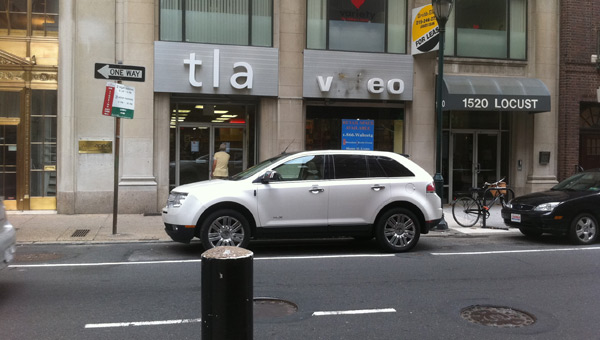 I found movies there that couldn’t be found anywhere else. Most people would go to Blockbuster video. It was a common chain. Their walls were always full of mainstream releases, and always had 50 copies of the latest Adam Sandler comedy. (Literally covering an entire wall). For film fans like myself, who were searching for an alternative, TLA was the place to go. It felt underground. I enjoyed telling people that I go to TLA, just to see their looks of confusion. It was like telling people about that awesome new band you just discovered, that nobody heard of. Actually, many people thought I was referring to the Theatre of Living Arts (A concert venue on South Street).

You’d never see 2 copies of the same movie on the shelf. Their space was utilized well. From head to toe, you were surrounded by shelves of VHS tapes. It was like getting lost in a maze. The titles were arranged by categories. No, not just Drama / Comedy… But “Midnight Cult Movies,” “Golden Age Comedies”… or by actor, or even director. There was a Stanley Kubrick section, a Roger Corman section… You name it. If you were looking for something specific, you could ask for it, and the movie nerds behind the counter would disappear into a secret back area and come back with the movie. I don’t think there was one movie they didn’t have. I imagined there was a bottomless basement full of every title in the world! It was a video store for movie buffs and they used to be open till Midnight which made it even better. 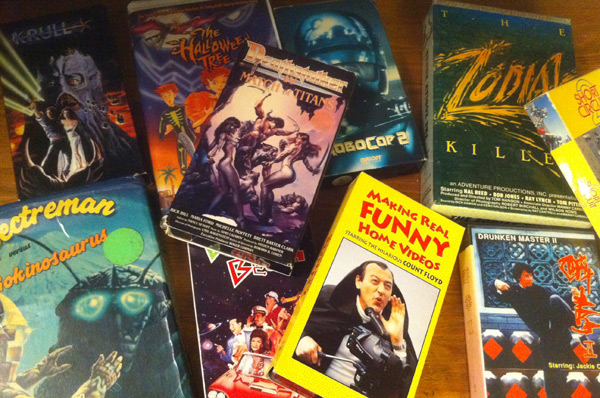 But that’s over. The digital age is here. I have to admit, I have not rented a movie in several years. There’s no reason anymore. Netflix is super-convenient. Delivers videos straight to your house, and you can take as long as you want to watch them. Being able to browse movies online makes it easy to find exactly what you’re looking for. If the movie is available or not, you can find out in only a few seconds. And if you’re lucky, it’s available to watch instantly.

I definitely don’t miss late fees. It sucked having to run back to the video store at the last minute. Returning videos in-person was never fun. When you’d walk into that video store to rent the movie, it was something you were in the mood to do at that very moment. But it always meant that in 2 days or so, you’d be making that same trip back, whether you felt like it or not.

Still, I miss the experience of walking into a video store. I loved wandering around leisurely, looking at all the VHS cover art, and reading the back of the cases. Sometimes I didn’t know what movie I was in the mood to watch, until I saw it there in person. Browsing online does not have the same feel. It’s more like an over-saturation to the mind, seeing all the thumbnail pics on the screen. My brain goes numb. I miss seeing the actual boxes and being physically surrounded by movies. 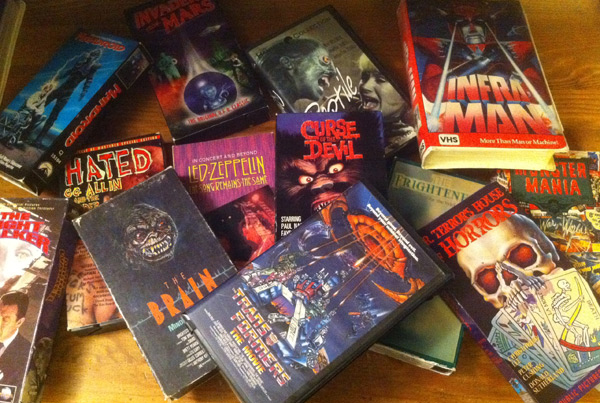 With that said, streaming movies with Netflix (or other) is the way to go, but it’s still not quite there yet. At least the way I see it. Most of the movies I try to watch are not instantly watchable yet. I still have to wait for the DVD to come in the mail. If there’s a specific movie that I want to watch at that given moment, running to a video store would be the only option. But I’m too lazy for that anyway. Technology has certainly taken over. Until every movie ever made is instantly watchable online, I say the digital age is not completely ready yet.

I don’t miss the video store enough to ever want to go back to it. But it reminds me of a time when life was more leisurely paced. A time that future generations will never experience. 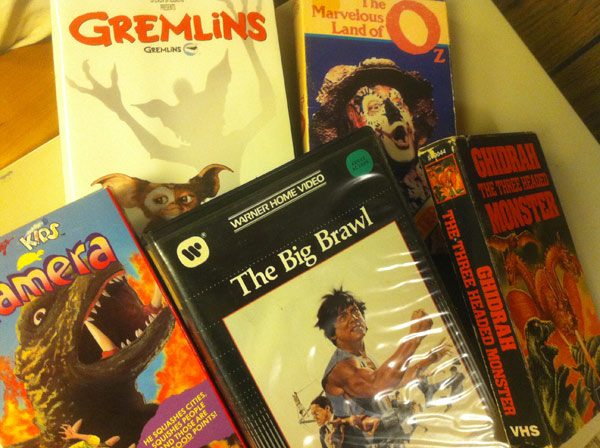 Share your memories of video stores. Know of any left?