Here’s some more crap I wrote for the school newspaper, around 1994. I got overly excited when I heard about the upcoming Nintendo console, the “Nintendo Ultra 64!” As you can see, I got so worked up, I couldn’t even settle on one font. I think it may have been my first time using an advanced word processor. 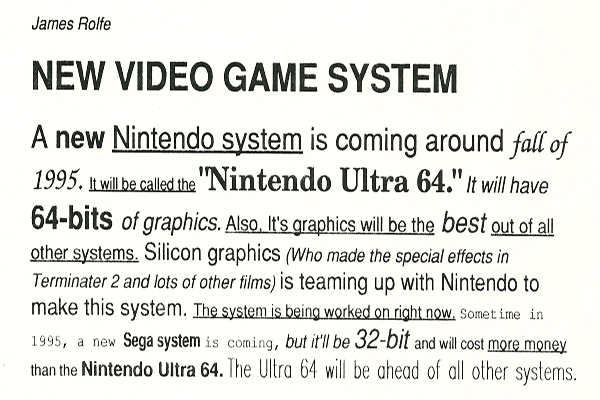 The game I was looking forward to the most was Killer Instinct. After playing it in the arcade, my mind was blown. I couldn’t wait to have THAT at home. 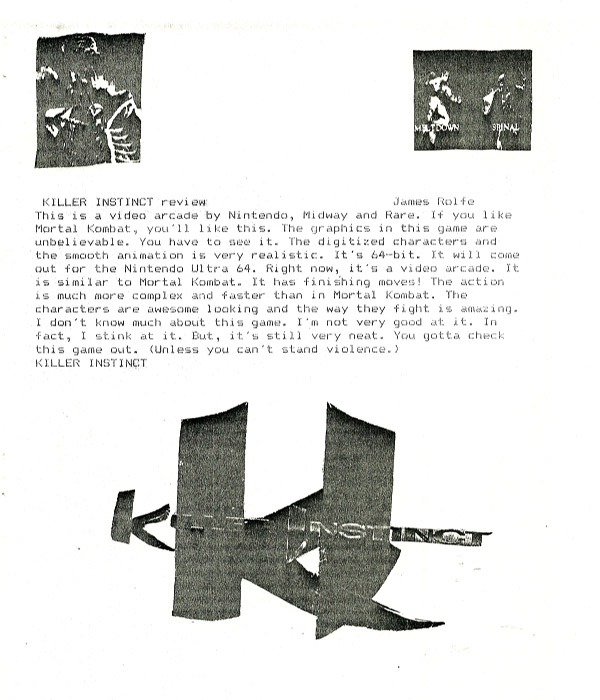 I built myself up to some major disappointment. After countless delays, the “Nintendo 64” (no Ultra) finally came out with more kid-friendly launch titles like Super Mario 64, which were also cool, but where was Killer Instinct? It never came out. Instead, we only got the sequel, KI: Gold. I never even bought the SNES version of Killer Instinct, because I was holding out for the Ultra 64. Since I had nothing better to do, I wrote a complaint to Nintendo and actually got a response. It was a very nice letter. If it ever turns up, I’ll post it, but I’m pretty sure it’s lost. The fact that Nintendo bothered to write back to some kid whining about the “Ultra” 64 meant they had some cool people there!

-Stories from the young Nerd.