I’m in Griffith Park, Hollywood, standing at Bronson Cave, where the Batmobile races out in 1966 Batman TV series. It’s a great spot, and no wonder why they used it in so many movies.It was also featured in Return to the Batcave, Army of Darkness and tons of other movies and TV shows. 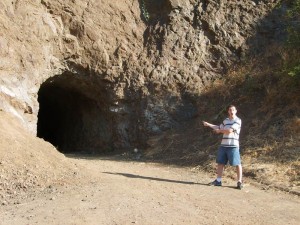 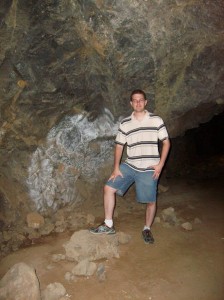 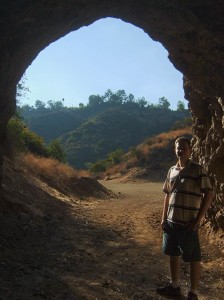 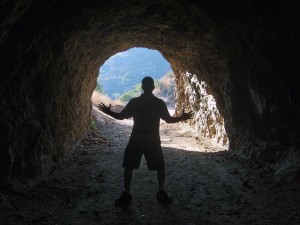 So many movies and TV shows were filmed here; I can’t even begin to list them all. 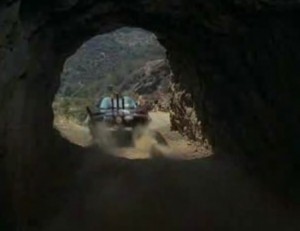 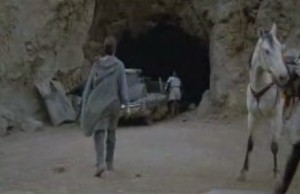 You also get a pretty close view of the Hollywood sign. The picture is zoomed in a little, but it’s the closest I’ve ever been to the sign, just standing from the cave. 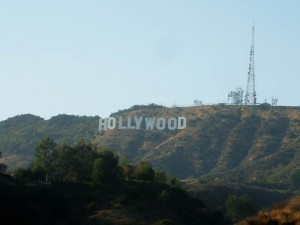